How South Africa's is helping meet the European desire for blueberries

"The reason for the rapid expansion of the South African blueberry industry is that it can place early volumes on the overseas market, starting from July through to September"
Sean Osterloh 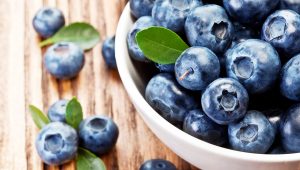 One of South Africa’s farming success stories is making its mark on the country’s export figures as Europeans buy up most of the country’s production of blueberries.

Blueberries are the grandfather of the superfood trend worldwide and where it was once the exclusive export produce of the USA, today South Africa is making its mark.

Blueberries are a good source of vitamin K. They also contain vitamin C, fibre, manganese and other antioxidants and some nutritionists advise that if you make only one change to your diet, it should be to add blueberries with the claimed potential to protect against heart disease and some cancers… as well as improve your memory.

The South African berry industry is still the baby of the country’s export fruit sector and the global one but which has grown so rapidly the past few years that it has even taken industry experts by surprise. Blueberry exports are expected to double this year, to almost 4,500 tonnes with plans tp double the land devoted to the crop set to double in five years.

Last year’s total blueberry production of over 3,000 tonnes will this year reach 5,869, based on a survey of SABPA members, according to Freshplaza.com which spoke to the chairperson of the South African Berry Producers’ Association (SABPA), Tiaan Steyl.

He said that association has had its hands full as the infant industry is rapidly growing. “We were surprised by the speed of development within the industry,” Steyl told Freshplaza. “The industry doubled over the past two years and this has placed a substantial administrative burden on the association. The reason for the rapid expansion of the South African blueberry industry is that it can place early volumes on the overseas market, starting from July through to September.”

He continues: “One of our successes over this period has been in the registration of plant protection products.” This was one of the factors that held back the infant industry: a range of products required by the berry industry that hadn’t yet been approved for use in South Africa, is now at the disposal of the industry.

Last year’s market distribution (58 per cent to the UK, 32 per cent to the EU, 6 per cent to Africa) will remain mostly unchanged this year until the sector finalises phytosanitary packages for a hoped-for entrance to Far Eastern markets.

Most new blueberry expansion takes place in the north of the country, which is expected to shift the balance of production northwards, where currently the majority of berries – blueberries, blackberries and raspberries – are grown in the Western and Southern Cape.