Income generated by the food and beverages industry increased by 5.6 per cent in March 2018 compared with March 2017. Food sales are up 6.3 per cent and bar sales increased 3 per cent
Sean Osterloh 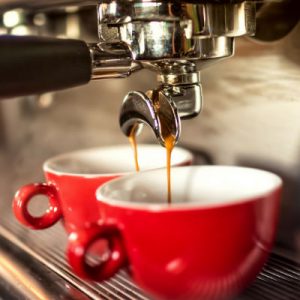 South Africans are spending more money on fast-food and coffee this year compared with the same period in 2017, according to a survey carried out by Stats SA.

Fast-food sales are up 7.1 per cent and there been a surge of 7 per cent increase of revenue at coffee shops and restaurants, during the three months to March 2018 compared with the same period last year.s:

Total income generated by the food and beverages industry increased by 5.6 per cent, food sales were up 6.3 per cent and bar sales 4 per cent.

Analysts have welcomed the results, which may reflect stronger consumer confidence following the election of a new President, Cyril Ramaphosa and the of Zuma’s corrupt and troubled time heading the country.

“These are positive figures for 2018, considering the rise in costs since VAT was increased by one percentage point,” says a report by Cape Business News. The only decline was a 2.8 per cent drop in catering services, probably because companies are clamping down on unnecessary costs related to their businesses.

CBN says: “This is good news for franchise and small business owners who have been feeling the pinch since the rising fuel and VAT costs. An increase in fast-foods could very well relate to overworked consumers who don’t have time to get home in time to cook a healthy meal.”

RETURN TO INDUSTRY NEWS FOR SAITEX 2018

« EXHIBITOR NEWS: Why a top performer in the Indian food industry will be at Africa’s Big 7 » Listeriosis Tiger Brands reveals first quarter losses and there’s more to come