The central bank cut its main interest rate to 6.5% in March but warned that inflation was at a low point in the current cycle and that it expected consumer prices to rise above 5% in the medium term.
Sean Osterloh 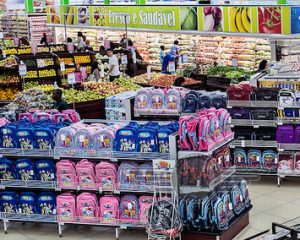 South African consumer price inflation slowed to its lowest rate in seven years last month as the end of the worst drought in decades helped push down food prices.

“While the inflation numbers suggest there is a good argument for accommodative monetary policy, leaving rates unchanged to us would be relatively accommodative,” said Nedbank senior economist Nicky Weimar.

Economists polled by Reuters had expected prices to quicken to 4.1% on an annual basis and 0.6% on a monthly basis.

“Needless to say, this is good news for South African bonds,” said chief Africa economist at Standard Charted Razia Khan, adding that she expected inflation to stay well within the central bank’s 3-6% target band in the medium term.

“It does not however change our view that we are unlikely to see further SARB easing in this cycle,” Khan said.

The central bank cut its main interest rate to 6.5% in March but warned that inflation was at a low point in the current cycle and that it expected consumer prices to rise above 5% in the medium term.

A 1% increase in value-added tax came into effect on April 1 and will put upward pressure on prices, analysts said.

Retail sales rose 4.9% year-on-year in February after increasing 3.3% in January, with analysts saying lower inflation and the looming VAT increase had encouraged spending.

Nedbank’s Weimar said that along with the increase in VAT by 1% to 15%, the biggest risk to inflation was the possibility of a large electricity tariff increase by power provider Eskom, which is seeking to recover R67 billion ($6 billion) in higher than forecast operating costs through higher tariffs.

“What happens to Eskom’s electricity tariffs will be very important. It will be applying for fairly steep increases and that could certainly see inflation trend much higher,” Weimar said.

Food price inflation, a major concern for the Reserve Bank in the last two years due to drought, slowed to 3.5% year-on-year having hit 11.8% in December 2016. “We could see the decline in food price inflation start to moderate in the next few months, as base effects from the drought start to dissipate,” said Investec chief economist Annabel Bishop in a note.

« EXHIBITOR NEWS: Helping to make your baking perfect with more than 25 years’ experience » Could an Australian maggot be the solution to food waste?