Comparing prices between September 2016 and September 2017, food price inflation in its basket of 36 items hit just under 3 per cent - but a new report questions whether some retailers used the drought to push up prices across all foodstuffs
Sean Osterloh 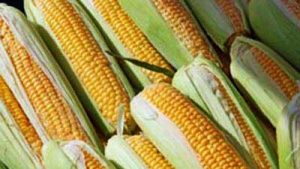 Good rainfall across most of South Africa – excluding the drought stricken Western Cape – is causing food prices to fall, according to new figures out this week.

Businesstech.co.za reports today that The Pietermaritzburg Agency for Community Social Action (Pacsa) has released its annual report, showing how much food price inflation has hit over the past 12 months.

Comparing prices between September 2016 and September 2017, food price inflation in its basket of 36 items hit just under 3 per cent in the past year.

“The cost of the Pacsa Food Basket has come down off its 2016 highs. The drops however have only come steadily down over the past three months (since July 2017) and are still reasonably marginal considering that they are coming down off the massive price shocks of the preceding year,” the group said.

“Although parts of the south-western areas are still experiencing severe drought conditions, the important north-eastern region which supplies most of South Africa’s grain  has largely recovered due to a good rainfall season. The effects of the recovery are starting to be felt on supermarket shelves,” Pacsa said.

Over the past three years inflation on the Pacsa Food Basket increased by 23.3 per cent. The high levels of inflation on food have been driven by a long period of drought and high temperatures which led to substantial hikes on the foods on supermarket shelves.

“These increases have had severe implications for households living on low incomes who are unable to absorb the price increases,” says the report.

Pacsa said there was a problem with South Africa’s ‘drought narrative’, in that during the period from November 2015 to mid-2017 the prices of all foods went up. “The group implied that supermarkets and commercial agricultural groups may have been exploited the situation for financial gain,” says Businesstech.

The report also found that some supermarkets were reducing the amount of produce per package without changing the price. “For example: a seven-kilogram pocket of potatoes was priced at a similar cost as what used to be the previous 10 kg pocket.

“Pacsa has been monitoring these shifts in weights — this practice has accelerated over the past year and covers many of the foods in the trollies that women say they try and buy each month,” said Pacsa’s Julie Smith.

The Avian flu outbreak in the Western Cape has severely damaged chicken and egg suppliers this year.

Foods showing the highest level of inflation: inflation year on year include: