Alan and Russell Heger speak to Farming Weekly about their Eastern Cape farming operation, which has become a major supplier of cucumbers across South Africa
Sean Osterloh 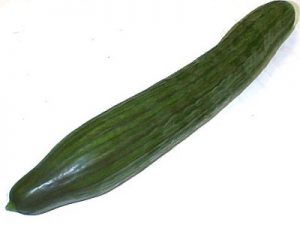 Springveg Farms is one of the three largest cucumber producers in the Eastern Cape supplying between 50,000 and 60,000 cucumbers to supermarkets across South Africa reaching 100,000 a week around Christmas.

Father-and-son team, Alan and Russell Heger, statted as a tomato tunnel-farming enterprise more than 20 years ago and today they are solely producing cucumbers.

They employ more than 70 workers with 9,000 plants under 4,5ha of drip-fertigated tunnels. However, while the Hegers are optimistic about their future growth, they are concerned that a lack of locally registered products and a weakening rand will make it difficult to maintain profit margins, he told Farming Weekly in a report published online on Friday.

Under the headline ‘Cucumber farming: volume and quality trump shrinking margins’, Alan explained that while he was son of a farming family near East London, he did not go directly into farming after completing school, despite his love of all things agricultural.

Instead, he qualified as an electrician and bought Springveg Farm in 1992 to begin farming part-time.

“My heart was always in farming, so when the opportunity came along to buy this place I had to get involved,” he tells Farming Weekly. “But there was only a small farmhouse, a chicken coop and a lot of bananas here.”

Alan improved the farm’s infrastructure, and after farming open fields for a few years, erected a number of tunnels to grow tomatoes hydroponically. In 2002, he grew cucumber plants as an experiment, and after their success began farming both cucumbers and tomatoes and, aged 50, he took early retirement and began farming full-time. Son Russell also qualified and worked elsewhere before moving into the business.

Supplying two major supermarket chains has also had a major impact on production methods and practices. Spar and Shoprite require detailed records to be kept to provide full traceability of every cucumber bought at their outlets.

Russell says that keeping meticulous records is an important part of the guaranteed quality that supermarket customers expect. “We keep detailed records and are audited each year by GlobalGap, which is an international standards’ authority,” he says.

“It’s a full-time process, but having that kind of traceability is similar to providing a guarantee of quality.”

Russell is particular about what pesticides he uses in cultivation. This is not just because the supermarket chains require that only products registered specifically for cucumbers be used, but because he believes in producing his cucumbers as organically as possible.

Rather than routine spraying against pests, he monitors the plants and sprays only when absolutely necessary. Even then, he prefers to use biological products.

“We’re very restricted in what products we can use, but I spray as little as possible to keep the cucumbers as chemical-free as possible,” he says.

Unfortunately, Alan and Russell source most of these products from abroad as few are available in South Africa, and so a weakening rand affects their operating costs and profit margins.

“We’re basically buying in dollars and euros but selling in rands so when the rand drops we feel it,” says Russell. “The margins are so small that it has become a volume game. We need to keep getting bigger just to maintain the same margins.”

Profits soar for supermarkets in South Africa, which have doubled liquor outlets in five years