"As a national top product, Moutai plays a special role in various political, economic, military, diplomatic, and cultural events of the contemporary China, witnesses the shining history moments, and demonstrates the charm of Chinese liquor culture, attracting much attention from the world"
admin 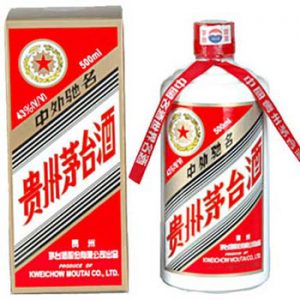 China’s liquor culture has a long history of thousands of years. Through the ages, China has a well- known liquors everywhere. As the leader of these liquors, Moutai was originated from Qin and Han Dynasties, matured in Tang and Song Dynasties, improved in Ming and Qing Dynasties, and respected in modern time, creating a fragrant legend.

The birthplace of this fragrant liquor called “Moutai” is the valley of Moutai Town in Guizhou, China. Moutai liquor shares the title of “World’s Top Three Distilled Liquors” with French Cognac brandy and Scotch whisky. At this year’s Africa’s Big 7, visitors got to experience and taste this top exclusive Chinese liquor. Moutai liquor is the typical representative of China’s Jiang fragrance liquor using sorghum as the main raw material.  It is a colorless and transparent distilled liquor. The ideal brewing environment, profound culture, as well as the unique technique have helped produced Moutai of excellent quality.  Moutai liquor is called the national liquor that has been distributed all over the world.  It is a top brand that make all Chinese proud.

Moutai is shrouded in mystery, in that very little is written about its origins. The drink takes its name from the Moutai village in the Guizhou province of China, one that sits at 400m above sea level surrounded by mountainous terrain. The spirit is made from sorghum and wheat – the latter is used to stimulate fermentation. The production process takes five years during which it is distilled 9 times and aged in clay pots.

Charles Leong, Moutai Ambassador recommends that Moutai be enjoyed neat at room temperature, or with a splash of water to appreciate its purity. It works well as an aperitif and stimulates the appetite. As a match to food, it goes well with Chinese cuisine, antipasti as well as sushi and sashimi.

Boasting excellence quality thanks to its ideal brewing environment, profound culture, as well as unique technique, Moutai has defended its championships in many Chinese liquor competitions. Over the past century, with a special charm, Moutai has witnessed various great and extraordinary moments in history, and has led a high- quality lifestyle. As a world- renowned liquor, Moutai is sold all over the world.

As a national top product, Moutai plays a specialrole in various political, economic, military, diplomatic, and cultural events of the contemporary China, witnesses the shining history moments, and demonstrates the charm of Chinese liquor culture, attracting much attention from the world.