What if South Africans could choose to drink a delicious, refreshing, flavourful iced
tea that not only quenched thirst and satisfied the taste buds – but also gave our
health a serious boost?

We all want to thrive and enjoy the best possible energy. Yet, we live in, what many
call, an obesogenic world. Most foods and beverages are saturated with sugars that
wreak havoc on our health. Consider the non-alcoholic drinks on offer at most
restaurants or social gatherings. We choose from carbonated soft drinks,
milkshakes, fruit juices, iced teas and more such drinks – some of which pack up to
35g of sugar per serving – that’s the same as seven of the small restaurant sachets
of sugar. Some people turn to sugar-free drinks to prevent weight gain but these
often contain harmful non-nutritive sweeteners.
Why should you compromise on your health?

You don’t have to. Say hello to Real-T – a delicious iced tea in four unique flavours,
it’s not only sugar-free (sweetened with Erythritol) but also made from a naturally
caffeine-free, Rooibos tea. Real-T is bursting with antioxidants and other health
benefits bringing you the great taste of regular iced-tea but without the harmful sideeffects
of sugar or caffeine, so refreshing your body and boosting your health in one
sip.

Rooibos tea: elixir of life?
Rooibos tea, grows in the Fynbos biome and predominantly in South Africa. Studies
show that drinking rooibos tea benefits asthma, skin conditions such as eczema,
insomnia, bone weakness or hypertension, and more. The United States Department
of Agriculture has confirmed many of the health benefits of Rooibos tea – including its
ability to reduce the risk of various types of cancer, heart disease and premature
aging.

Rooibos also contains many minerals, such as iron, calcium, potassium, copper,
manganese, zinc, fluoride and magnesium. These minerals promote healthy bones
and teeth. As a result, drinking rooibos tea may help prevent common health
conditions including joint pain, osteoporosis and arthritis. Calcium and manganese
promote healthy bones and teeth. Fluoride helps us to maintain healthy teeth. And,
Rooibos has approximately 50 times more antioxidants than green tea.
Rooibos tea also contains the rare antioxidant aspalathin, which helps to balance
blood sugar and improve insulin resistance in the body. It may also promote glucose
absorption in the muscles. These effects may help prevent Type II Diabetes by
preventing spikes in blood sugar.
Interestingly, after water, tea is the most frequently consumed beverage in the world.
And, for example over half of the American population drinks iced tea every day.
While unsweetened iced teas are a healthy option, sweetened iced teas simply
translate into liquid sugar and calories. 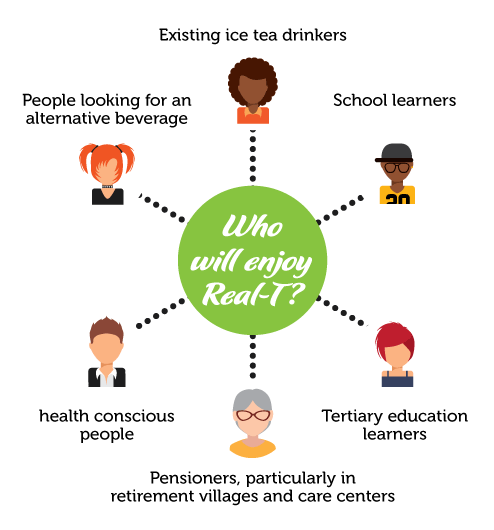 Around 3 000 published research studies that have evaluated the positive role that tea and compounds (such as epigallocatechin gallate) found in tea, may play in reducing the risk of various cancers.
Research has found that drinking tea can also reduce your risk of heart disease. A comprehensive review study found a nearly 20% reduction in the risk of heart attack and a 35% reduced risk of stroke, among subjects who drank one to three cups of green tea daily. Those who drank four or more cups of green tea daily had a 32% reduction in the risk of having a heart attack and lower levels of LDL cholesterol.

Most of the iced teas product on the market are loaded with sugar. Low-sugar
alternatives may lack flavour. Our intensive research process resulted in our
selection of low-calorie sweetener, Erythritol. Erythritol belongs to a class of
compounds called sugar alcohols. Of course, Erythritol contains no alcohol. Rather,
these compounds are found naturally in fruits, including grapes, watermelon, pears
and also in fermented products and mushrooms.

Humans don’t have digestive enzymes that can break down erythritol. So, it passes
through the system and is excreted without causing any of the harmful side-effects
of sugar – or the gut discomfort associated with other sugar alcohols.
In fact, a study of healthy people who consumed erythritol, saw no change in blood
sugar or insulin levels. There was also no effect on cholesterol, triglycerides or other
biomarkers. Erythritol therefore appears an excellent alternative to sugar for
everyone – and especially people who are overweight, have diabetes or conditions
related to metabolic syndrome.
It’s natural, doesn’t have harmful side-effects and offers a delicious sweetness, very
similar to sugar’s.