South Africa's agricultural sector leads the country out of recession - it expanded 33.6 per cent year on year thanks to the end of the three-year drought which caused a fall in crop production.
Sean Osterloh 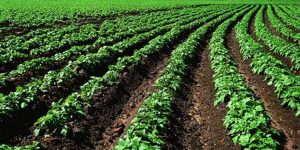 South African agriculture helped the economy expand more than expected in Q2 helping lift the country out of two quarters of negative growth, official figures showed this week, strengthening the rand and bonds.

Economists polled by Reuters had expected a quarter-on-quarter expansion of 2.1 percent and year-on-year growth of 0.4 percent in Africa’s most industrialised economy.

And it was the agricultural sector which lead the recovery expanding 33.6 per cent year on year thanks to the end of the three-year drought which caused a fall in crop production. Mining, manufacturing and trade also registered growth.

President Jacob Zuma last month said 2017 growth would be below 0.5 percent, down from a forecast of 1.3 percent in February, after the poor first-quarter numbers.

Finance Minister Malusi Gigaba said in a statement on Tuesday the improved growth figures were encouraging but that it was too early to celebrate.

“We need to remain honest about the major challenges that still face the local economy. Poverty, unemployment, and inequality which are being underpinned by persistent low growth remain the challenge,” he said.

Gross domestic product rose 1.1 percent on an unadjusted year-on-year basis in the second quarter, compared with a 1.0 percent expansion in the previous three months, the statistics agency said.

“The Q2 GDP data demonstrates some momentum in the economy, but this is unlikely to be sufficient to discourage the (central bank) from further easing in support of the economic recovery.”

« Video: The third and final day of one of Africa’s biggest retail and hospitality expos » Profits soar for supermarkets in South Africa, which have doubled liquor outlets in five years